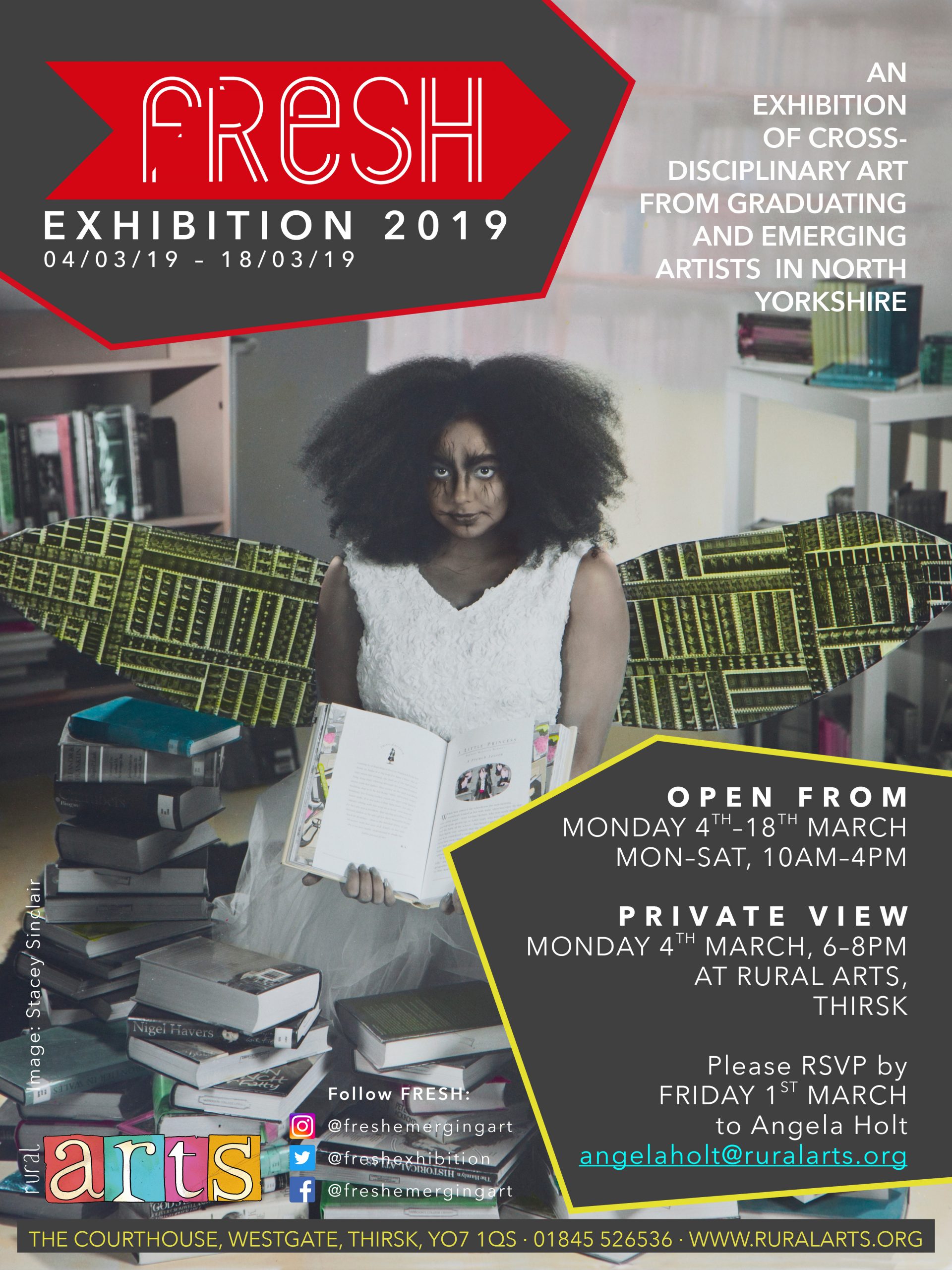 FRESH exhibition is a collaboration of exciting new work by graduating and emerging artists living and working in the North Yorkshire region. The exhibition features a diverse selection of cross disciplinary art work and is a great opportunity to see new talent, concepts and creations. 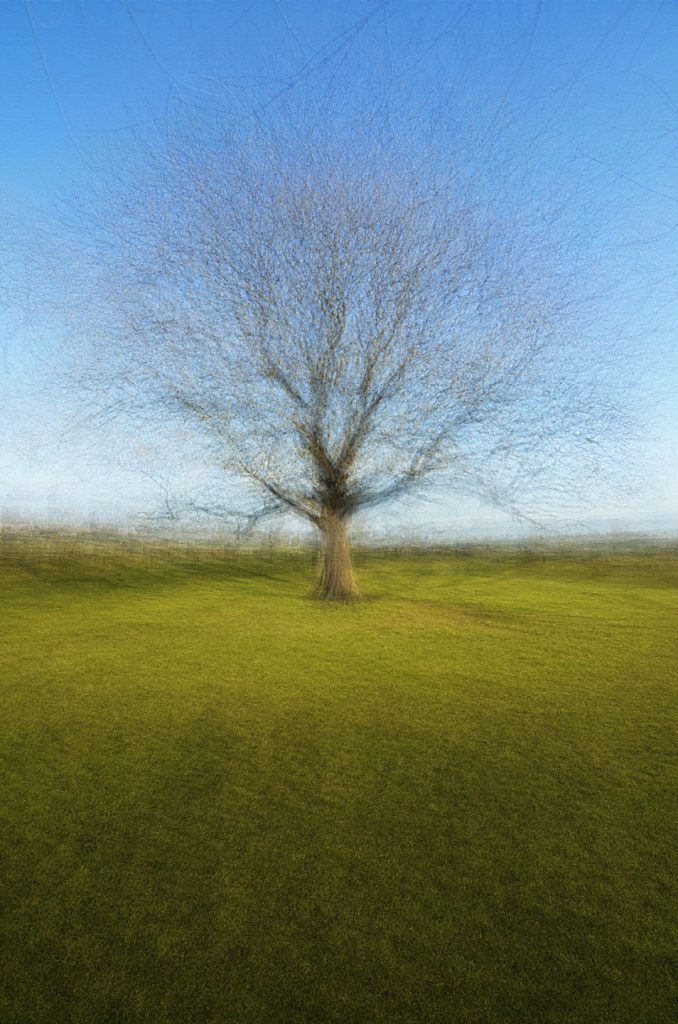 The Dales based photographer completed his BA (Hons) in Lens Based Photo Media in 2012 and is currently working on the last module of an MA in Creative Practice. His work is primarily concerned with producing pictures that capture alternative ways of depicting time and space in a static photographic based medium.  He has been inspired by artists such as David Hockney and Pablo Picasso and the photographers Steven Wilkes and Hiroshi Sugimoto.  His latest work is strongly influenced by the photographer Pep Ventosa whose work “focuses on an exploration of the medium itself – deconstructing and reconstructing photographic images to create new visual experiences.” (pepventosa.com).  Christopher’s work involves capturing multiple images of an object or scene and layering them to form a picture that combines snippets of space and time. This results in an impressionistic image capturing the attention and containing more information than might at first be realised while still allowing room for imagination.

Gordon has used the medium of the Vanitas visual art genre in his photography to demonstrate the link from anthropology to coffee farming and to malaria. Vanitas is a symbolic genre of art that shows the transience of life, the futility of pleasure, and the certainty of death. Often there are contrasting symbols of wealth and symbols of ephemerality and death.

All photographs have been taken using an old fashion 5×4 bellows camera with a digital back instead of cut film. This camera has no digital functions so minor adjustments have to be made then a picture taken, whilst a lot of trial an error is used, experience is gained from noting the changes made and the results delivered. Each final image has been the result of at least 60 trial images and many changes to get the best photo.

Gordon has now started to use a DJI Phantom 4 drone to document how nature is starting to take back industrialised areas. The videos show how after a railway line has been abandoned that nature has quickly (Relatively at around 50 years) retaken the ground where the track had once been an active line. 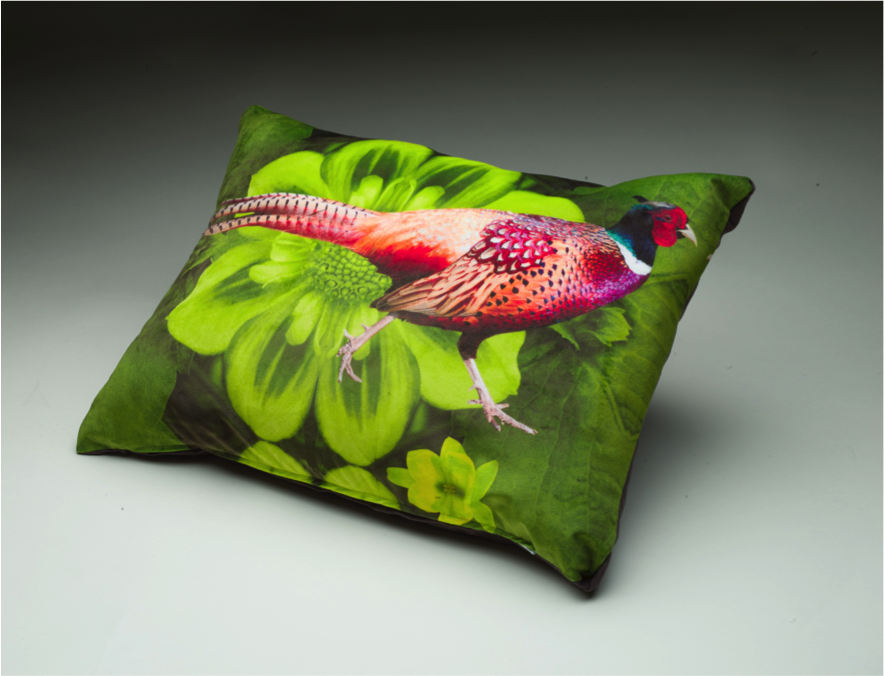 Sasha’s textile design celebrates the beauty of wildlife and nature exclusively from North Yorkshire’s historic sites and conservation areas such as Fountains Abbey, Harewood House, Ripley Castle Gardens and Harlow Carr. Her only subject is nature and her favourite protagonists are exotic birds and flowers.

Sasha’s master’s research investigates the applications of 19th century aesthetic theory and handicraft philosophy of the Arts and Crafts Movement to contemporary digital pattern design. The theoretical foundation of this project is based on the design theories by three of the most important figures of the Arts and Crafts Movement: William Morris (1834-1896), Owen Jones (1809-1874) and John Ruskin (1819-1900). The purpose of this trans-historical approach is to show how they integrated medieval aesthetics into Victorian art and to apply the same design principles to modern designs made using digital technology. The social and political context of the research traces the current trends of ethical consumption such as sustainability, slow fashion and the increasing demand for well made locally sourced products to the revival of the medieval aesthetic and handicraft philosophy of the Arts and Crafts Movement. The aim of her MA is to bridge the gap between handicraft and technology in photographically generated pattern design to attain the ethical and aesthetic qualities traditionally associated with the Arts and Crafts Movement.

In 1974 Cyprus was invaded by Turkey, causing the Island to be divided to this day.

Many people do not realise that there is still a ‘Silent War’ in Cyprus with a Nicosia, the only capital in the world that is physically divided. As a child, Irene had always been told stories about the war and how people lived on the ‘Other Side’. With progression of talks, it has been made easier to visit the occupied side. She wanted to investigate for herself just how true these stories were.

Armed with a Passport and two film cameras, one 35mm and a 120  twin reflex, she wanted to take authentic images that could have been taken at the time of the invasion.

With some interesting images flowing through Irene has incorporated a variety of images showing how people are living on the occupied side. During her journey she met many people who would stop and ask about her camera setting of many conversations about people’s experiences about the war.

Bringing Down The Very Hungry Snatchabook

Studies have shown that at an age when children are at their most influenceable, continuous exposure to representations of certain gender roles, stereotypes and idealised body images can become accepted as being normal. As such, these representations can have a huge impact in shaping the way children construct their identities, as well as their understanding of what is considered socially acceptable.

Choosing three of her own children’s favourite storybooks and creating illustrations of them, Stacey is attempting to highlight the continuous use of unrealistic body images, gender roles and stereotypes by personifying the non human protagonists as young women. However, inspired by Time Burton’s characteristic gothic/idyllic dichotomy, rather than use typical representations as are often seen, she has given her characters a distinctively darker, ominous aesthetic to highlight the perpetual misrepresentations within children’s media. 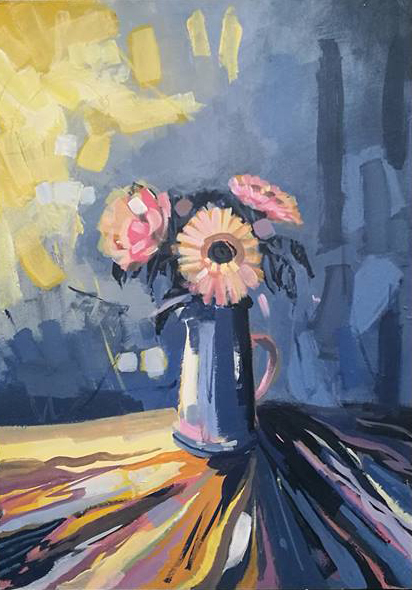 Past programmes with artist profiles: 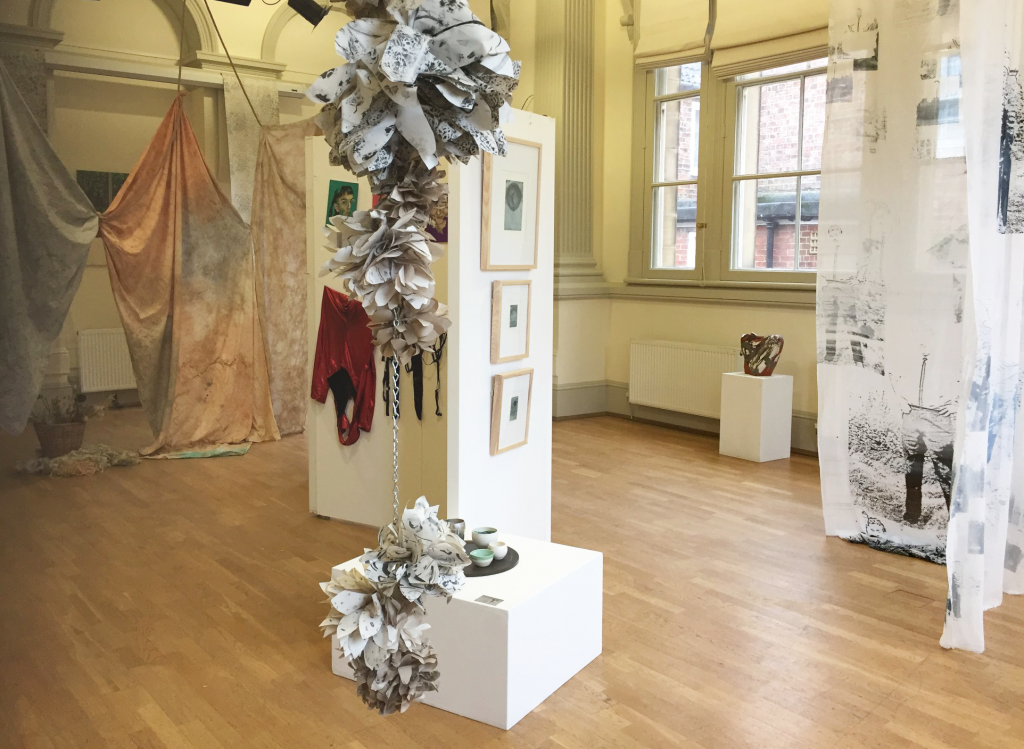 Works by Evagelia Hagikalfa and Hazel Dixon from FRESH 2017. Both artists won the Public’s Choice FRESH prize and exhibited their work in a special exhibition in 2018. 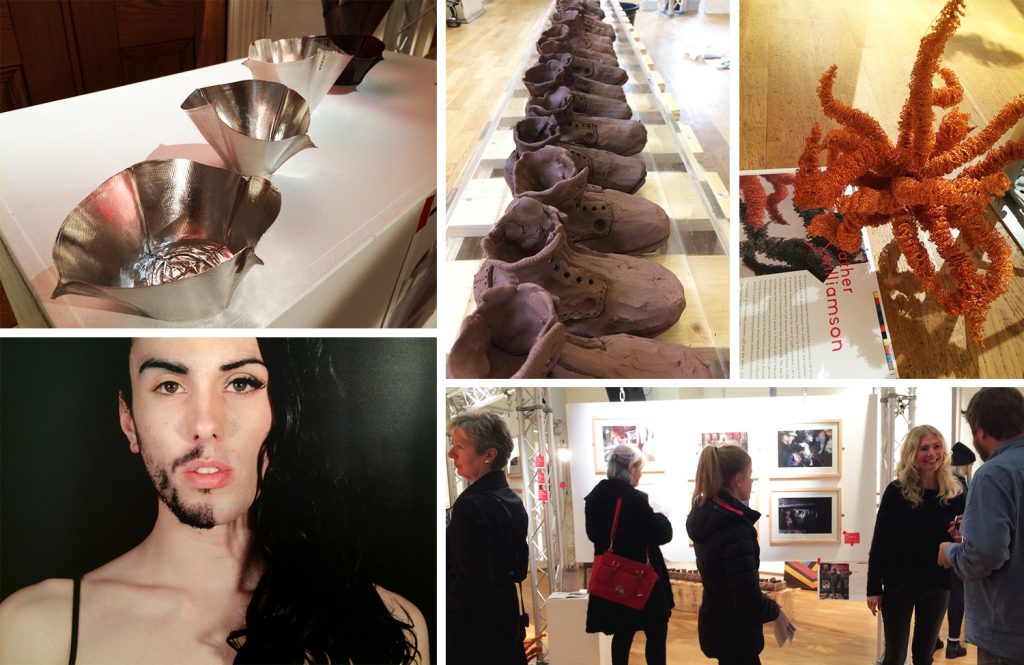