Home > About Us > News > ON Tour: In Good Company with Johnny Thirkell

ON Tour: In Good Company with Johnny Thirkell 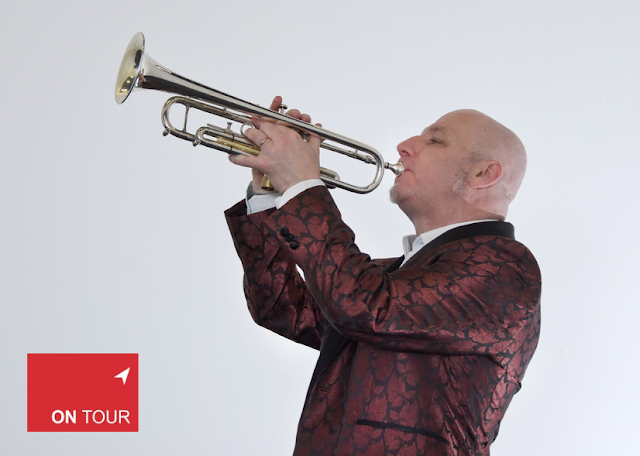 Hello, what’s your name and what’s your role in Blown It!?What does that role involve on the road? Hi. I’m Johnny Thirkell and I am one half of the ‘cast’ of Blown It! The show has a kind of ‘chat show’ format where I answer questions on my career as a professional musician. I’ve toured and recorded with famous artists such as Jamiroquai, Level 42, Phil Collins etc and in the course of my career I’ve been kidnapped by the Japanese Mafia, shot at in Manila, deported from America, I (accidentally) set fire to a hotel. You know, the usual stuff! Ooh, and I’ll be playing a few tunes on the trumpet too.

You’ve worked with artists such as George Michael, Tina Turner and David Bowie. Of all the work you’ve done (not exclusively in rural touring) what’s been your professional highlight to date? To be honest, for me there have been so many highlights, it’s difficult to choose one in particular. I guess playing with Phil Collins at Wembley Stadium in front of 90,000 people and a worldwide live TV audience of 900 million was pretty memorable?
What would you say is your favourite song from your set? Unlike my playing career, where I am usually asked to play louder, faster, higher, my favourite thing is to just play lovely tunes. Something that touches the heart and (hopefully) connects with an audience. I’ll be playing a few such tunes in the show but they vary from night to night depending on how I gauge the audience.
Is there an artist who particularly inspires your own work? For the whole of my adult life I have been a huge fan of a trumpeter by the name of Jerry Hey. Based in LA, he has played on and arranged so many seminal recordings it’s hard to keep up. Michael Jackson’s ‘Thriller’, ‘Rosanna’ by Toto, Earth Wind & Fire, Simon & Garfunkel. The list goes on and on. The premise of Blown It! Is one of exposing the unknown musician (me) behind the hits but Jerry takes this idea to it’s absolute pinnacle. I’m also very proud to call him a friend.
Thinking about your show, what’s the one thing overall that you hope audiences will take away from seeing the show? I hope that folks see how an ordinary kid from a north east pit village can follow a dream and somehow make it come true. My life has gone beyond any possible expectations I had as a boy and still, 40 years later, I often pinch myself and ask ‘how the hell did I get here?’ I hope it inspires people to think ‘why not me?’
What is it about rural touring that appeals to you? What are the challenges? (If any!) I think it’s a great opportunity to meet new people and get to know them. My career has involved touring with some of the world’s biggest artists and in those circumstances you never get to meet any of the audience, so it’s nice to be able to connect on a more personal level. The flip side of that of course is that, when you are touring with a major band, you just swan in with your trumpet and everything is set up for you. Not so with Rural touring. I’m Artist AND crew!!
Have you been to North Yorkshire before? If so, do you have a particular favourite location or place to visit? If not, is there anything you’re keen to see or do whilst you’re here? I know North Yorkshire well. As a boy from the North East (Horden Colliery) I used to hitch hike to Scarborough and Redcar for the weekend and I have very fond memories of camping on the cliffs above Whitby with my school friends.
What would you say is the funniest thing that has happened to you on tour? Oh my word! The whole show is packed with crazy stuff. Somehow, I always seemed to find myself in the most ridiculous situations and, to be honest, every night there is some other story of calamity or disaster which pops up from the memory banks – usually as a result of a question from the audience. One thing we pride ourselves on with Blown It! is that no two nights are exactly the same. That would be boring.
Johnny Thirkell also has his own blog, full of stories of his past experiences on tour. Read it here.