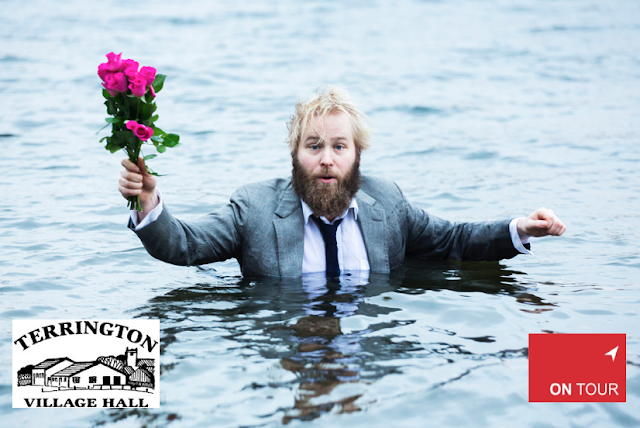 On 21st September, Terrington Village Hall played host to the mesmerising “100 Different Words For Love” by James Rowland & Tangram Theatre. The show told familiar tales of love and heartbreak, incorporating music, comedy and storytelling all into one incredible solo performance.
The ON Tour team got the chance to go along to the show to experience it for ourselves and support our new ON Tour promoter, Dave Gaskell, in promoting his first show at Terrington Village Hall. The venue had previously worked with ON Tour several years ago, under the Terrington Arts. But as the reigns were handed over to the village committee, we were able to welcome Dave as our new ON Tour promoter for the village, a few months ago.

As we arrived at the village hall, we spotted James and his director, Daniel Goldman, sitting down having a nice warming homemade soup; food traditionally being made by our lovely promoters when a company comes to visit their venue!

Terrington Village Hall had been set out in a cabaret style, with gorgeous lanterns on the tables, creating a lovely mood-lit room, ready for the show. A separate room, leading into the hall, contained a bar all set up for the audience, allowing them to relax and have a drink before the performance began.

The beautiful hall set up ready for the #100differentwordsforlove show tonight at @terringtoninfo We can’t wait to see @Jdsrowland perform! pic.twitter.com/PPZUEHZF3j

As the play began, whilst we sipped at our drink of choice, the audience were welcomed by one ambiguous quote. “I’m going to tell you a story now, and none of it is true”. And so we entered into James’ world, unsure as to whether he was telling the story of his own life or a made up tale, but either way the play engrossed it’s audience in the tales of all the different types of love one can experience, from love for a friend, romantic love, one-sided love and love for a relative. It was a play that spoke to everyone in one way or another, and is definitely worth a watch.

“This young man is able to hold an audience”
“Saw his previous show and enjoyed that too!”
We got the chance to have a Q&A session after the show. It was great to go into more depth as to where the ideas for the play might have come from and see what the audience had taken away from the show:

A: Right at the start, you said this is completely made up, but it felt like it was quite real. So my questions is, do you take notes?

J: There are 15 people in the audience, you’ve given me 15 hours of your time. I give one. It’s a real exchange, I respect that hugely. Part of that contract is that I make good on that, for every hour an audience member gives me, I give that time back; through putting that amount of work in, through thinking about things in the back of my mind…So when things happen I can’t help but take note. It’s something that is ongoing…It’s generally taking notes all the time, even if not physically.

A: I’m a creative person and people ask me where I get my ideas from. These pieces that you do, they don’t come out of fresh air, does something start it off and then you embroider around it?

J: The show is a metaphor for my concern and my support for my friends and the people that I know whose lifestyle and whose worlds aren’t accepted in the mainstream…it is all drawing on personal experience. Sometimes you have a flash of lightening moment, where suddenly everything, suddenly the dark landscape seems illuminated, and you know where that particular thought or idea has come from. It’s impossible to pull the thread and know exactly where it’s come from, but of course it’s all from yourself.

D: There’s this lovely quote “Politicians use truths to tell lies, and artists use lies to tell truths”, and I think we’re lying all the time but to tell truths.

J: Yes and even me saying “None of this is true” is a lie, as of course it comes form true experiences and emotions
None of the scenes are true.

D: And there’s a line before that says None of this true, even that line is doubtful, “I’ll come back and all of this will be artifice” and then he tells you that none of this is going to be true. 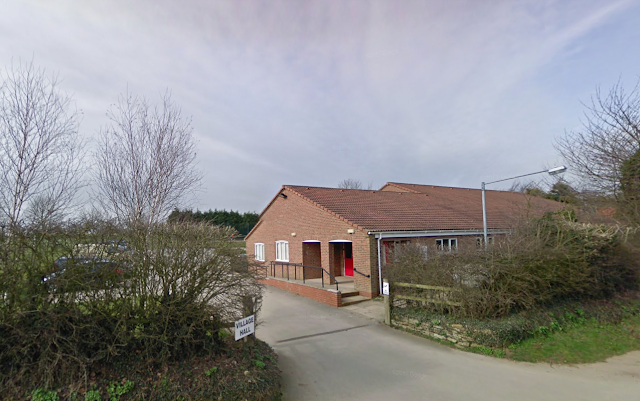