Home > About Us > News > ON Tour: In Good Company with The Unknown Soldier

ON Tour: In Good Company with The Unknown Soldier

Hello, what’s your name and what’s your role in The Unknown Soldier? What does that role involve on the road? I’m Ross Ericson and I’m playwright and actor in ‘The Unknown Soldier’.
Without giving too much away tell us a little bit about your show. This is a story of comradeship, betrayal and of promises both broken and kept following the carnage of World War One.
What inspired you to create such a monologue? It is a personal response to Michael Gove’s sabre rattling – he was then Secretary of Education.  He said that we should celebrate the First World War as a great victory and forget about the huge costs, calling our views of the conflict to be nothing more than left wing propaganda propagated by the BBC etc.  I felt the need to put him right.
Thinking about your show, what’s the one thing overall that you hope audiences will take away from seeing the show? Definitely to be entertained – that’s what theatre is there for – but I also hope it leaves them thinking and that they might learn something new too. 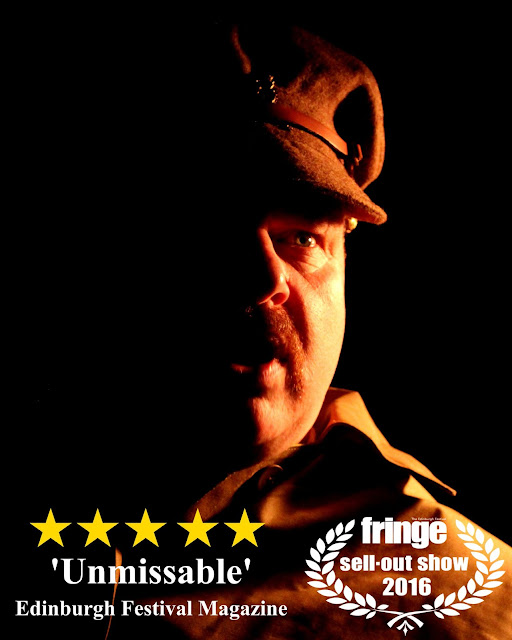 Of all the work you’ve done (not exclusively in rural touring) what’s been your professional highlight to date? ‘Sucker Punch’ at the Royal Court, that starred the recently Oscar Nominated and BAFTA winning Daniel Kaluuya – I had a very small role but it was a great experience.
What is it about rural touring that appeals to you? What are the challenges? (If any!) Travelling, seeing new places and nattering to locals over a beer after a show are some of the best things about rural touring. The only challenge about it is the weather up North.
Have you been to North Yorkshire before? If so, do you have a particular favourite location or place to visit? If not, is there anything you’re keen to see or do whilst you’re here? Yes I’ve been to Settle, as a tech and director for Red Dragonfly Productions. I didn’t get to explore much then, so this tour with Rural Arts is a welcomed opportunity. 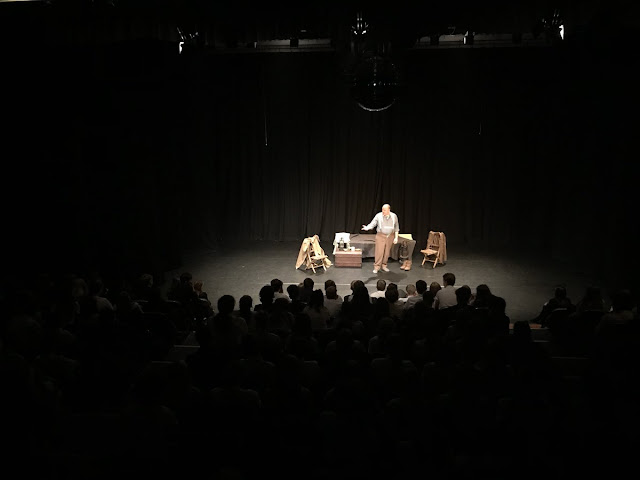